“Unsustainable things can last longer than you anticipate”.
Morgan Housel

Measuring the present disaster, in numbers ONLY, is CRUSHING.

This is not about 1929, it took four years then to reach the bottom.

It now happened in four months.

There has never been a triple crash like this before combining the Economy, a Pandemic, and Energy.

The collapsing financial asset markets started already to damage the real economy and will continue to do so in a worsening way.

Despite all the props used, the markets are less and less relevant to the real Economy. 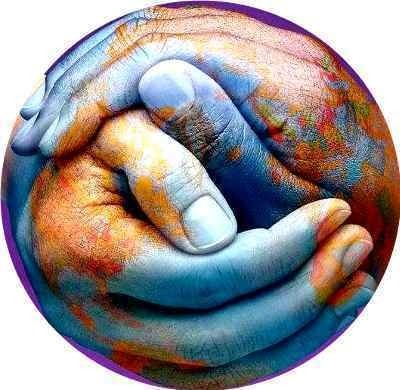 But whatever disaster has befallen in the inhabitants of the Earth, has eventually ended.

Each time, after a disaster, a better World emerged, although suffering has been diminished only a little.

The signs of how this new World will form, are already emerging.

It will manifest itself in TWO STAGES.

A –> THE FIRST STAGE WILL BE ONE OF ENTRENCHMENT & CONFRONTATION.

All this will be due to the paucity of means to continue the consumption model that strongly emerged in the 20th Century and dominated World affairs up to now.

This concept that sustains economically developing Societies is not sustainable anymore.

Hope is Globally in “short” supply.

Over the past four decades, much of manufacturing production world-wide has been organized in what has become known as global value chains (GVCs).

From raw materials to final products everything is moved around the World in its various stages of production. So raw materials mined in Africa become electronic components manufactured in China and become electronic devices manufactured in Germany, those are incorporated into airplanes that are finally bought from all the above and other Countries.

This, quasi closed loop, of the production and consumption network is mainly depending on China, Japan, the United States, and the European Union,

This is already leading to deglobalization. The lowest cost reasoning that permeated Capitalistic operations around the Globe up to now will decline, leaving its place to the Security of Supply reasoning within controlled national frontiers.

This will increase the Business fragmentation that is already developing, which is manifested primarily through the US and China Trade wars which are developing into Capital and divesting Wars and protectionist policies.

Not only Technology but even Science will suffer because communication of R&D results will be subject to Government licensing.

Governments legislate and regulate on experiences anchored in the past.

This administrative inability to anticipate the Future is where hope lies.

B –> THE SECOND STAGE WILL BE WEALTH CREATION.

The method forward is the same method that is adapted to salvage an ailing Corporation.

A re-shaping and re-orientation must take place.

There are five principal domains that creative innovation will create Wealth:

The Gnostic & Cyber domains are the only ones that were not only unaffected by the disasters but also flourishing and resistant to the imposition of frontiers.

It is established that compared to 2012 it now takes 44 times less computing to train a neural network to a specific AI. (Moore’s Law3 would yield an 11x cost improvement over this period).

In the Industrial Revolution of the 19th Century, the Engine, acting as a muscle multiplier utterly transformed Society.

The Gnostic Revolution of the 21st Century, acting as an intellect multiplier will utterly transform Society again and be a new great source of Wealth.

The closing of physical frontiers will not affect the Cyberspace. A new area of the interchange will also create new Wealth rules.

Every great socioeconomic change is preceded by a change in the mode of Energy.

This is worthy of a particular analysis.

The present value of the Energy Companies sector’s weight in the S&P500 has dwindled from more than 12% ten years ago to less than 3% now.

The main reasons for the drop are Companies producing or using Coal and/or Hydrocarbons.

Only Renewable Energy Companies are holding up.

Renewable energy demand is expected to increase this year by 1% compared with the overall 6% decline in energy demand forecast by the IEA.

The main reason is the drop in the use of internal combustion engines and the second reason is the reduction of the use of Coal and Oil in the generation of electricity increasing the renewables percentage in the Energy mix.

The Energy mix is tilting in favor of the Renewables for three main reasons:

Two additional reasons are the rapid drop in the cost of Battery Energy Storage and the Geopolitical uncertainty of fossil fuel supply.

As the Oxford University report:(Oxford Smith School of Enterprise and the Environment | Working Paper No. 20-02 ISSN 2732-4214 (Online)) estimated for every $1 million spent, 7.49 full-time renewable energy jobs are created but only 2.65 jobs in fossil fuels.

Great awareness of the importance of the Environment has been developed in the 21st Century, spread and assisted by the Mass Media that continuously demonstrates the fragility of our present Environment.

The new generation, people who were born in the period ranging from the early 1980s to the early 2000s, are investing almost exclusively to Companies and Corporations that respect the Environment and Society.

As a very experienced Analyst remarked: “The biggest-ever generational transfer of wealth, which will be around $30 trillion, from baby boomers to millennials, will take place in the next few years”.

This has been greatly strengthened by the Covid-19 pandemic

For example, work from home also cleans the atmosphere. It is the biggest-ever drop in energy-related greenhouse gas emissions.

A telling characteristic is that in April there were zero car sales from Italy to India. 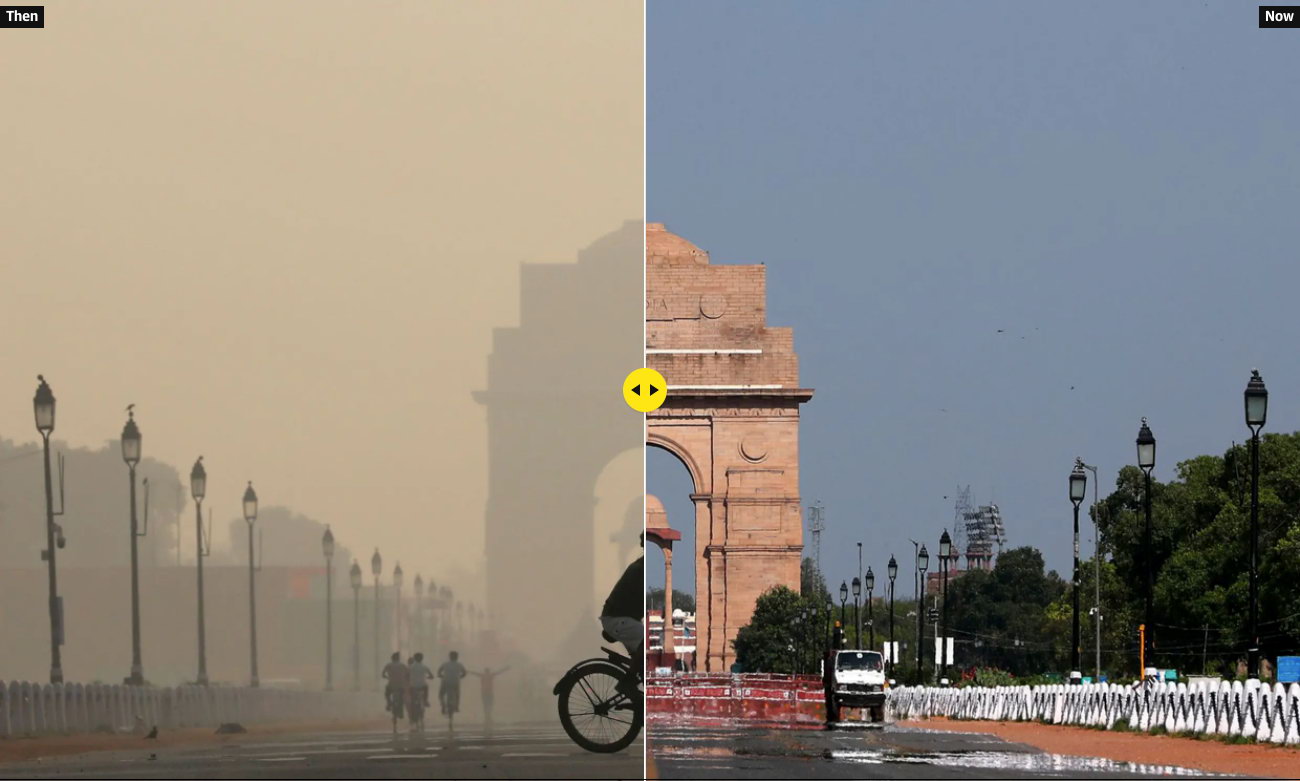 The image above shows New Delhi before & NOW. No society will accept a return to a polluted atmosphere for long.

The present linear Economy cannot be sustained without destroying the Planet, but there are additional significant reasons.

Further to the economies obtained to a World that will be short of everything, including food, the shortening of the Supply Chain, and its extensive containment within national borders, the Circular Economy offers very attractive policy options.

It is obvious that, even with the best Keynesian practices, this cannot carry on forever.

The question is not what the States will do about it because Governments have a great track record of kicking the can further.

The real issue is that we will see demand destruction.

Economic transformation won’t take life back to normal. There will be, at least ten years, a fast forward in the way we work, shop, manage, and administrate.

Deglobalization will make Sustainability at the national level a major requirement.

The new habits of working, shopping, and communicating from home will utterly transform the Economy. 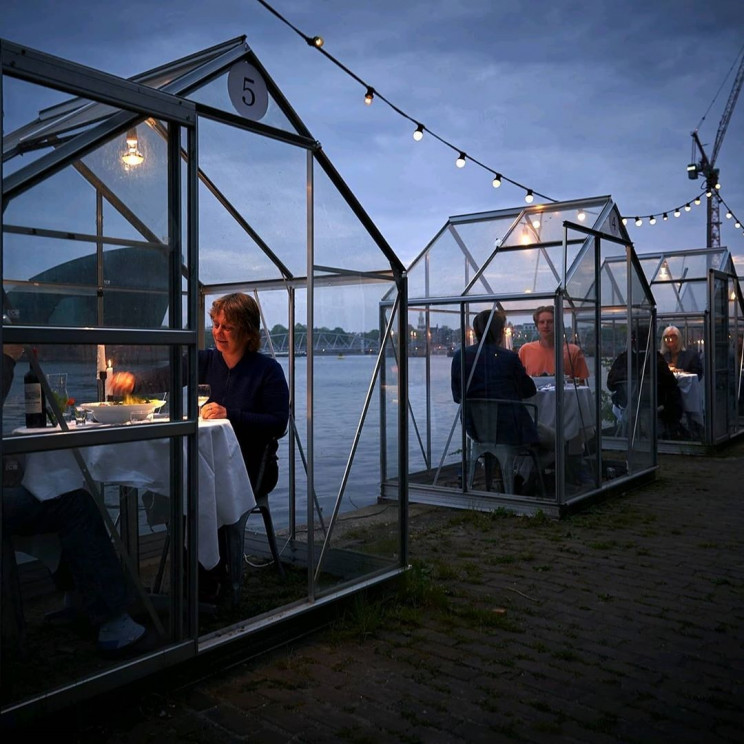 While restaurants and theaters will fill up again, there will be nothing like the business before.

The greatest Economic Transformation will result from the diminishment of physical movement and space requirements.

This will create a drop-in employment income and demand.

The question is how this is to be Socially manageable.

A universal majority consensus of support for the introduction of universal basic income is close to being achieved. It remains to be agreed at whose expense.

A need for creative pragmatism from the Leading elites will be in great demand.

As Bloomberg reported: Macron has a source of inspiration in Robinson Crusoe, a famous castaway from 18th– century literature. “True idealists are great pragmatists”, he said last week speaking to a group of artists.

“When facing the shipwreck, Robinson doesn’t hold his head in his hands, trying to sketch a grand theory of the disaster”, the president continued emphatically. “He first takes the ham and the cheese with him. But inside, he has this capacity for reinvention”.

The biggest lesson for Robinson Crusoe however is that it is extremely difficult to function alone. 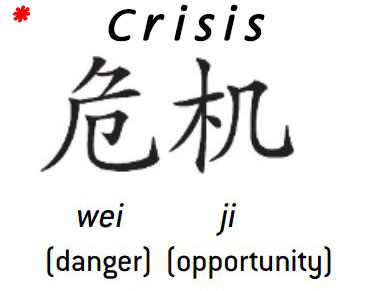