Home » Insights » PREPARING FOR THE NEXT CRISIS

Preparing for the next crisis very few corporation, are ready. 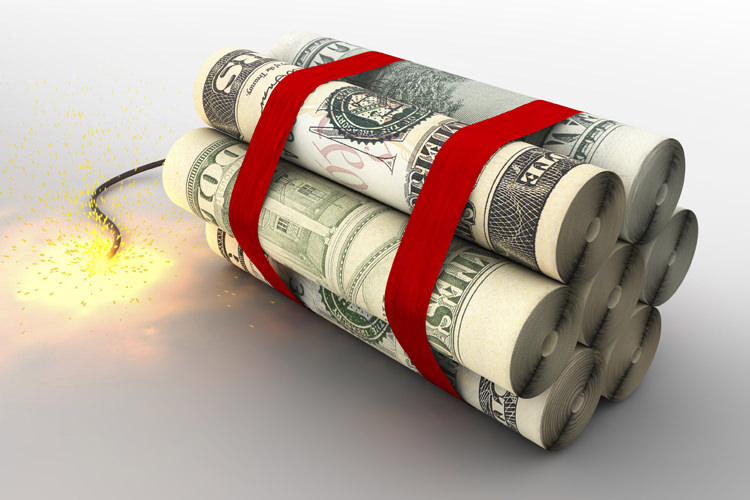 Every self-respecting Corporation, independent of size has a tested procedure to address an emergency situation such as an office or other space fire, some also, like the Japanese, for an earthquake and many also for fraud, data loss with a data recovery site and even for terrorist attacks.

Very few are prepared for the next crisis to come.

In the words of John Maudlin: 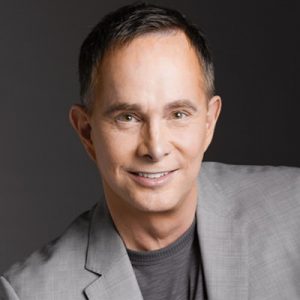 “With each passing quarter, the Great Reset is coming nearer. You need to think hard about how you’re positioned in the markets and in your own personal life and businesses, in order to weather the crisis that’s coming as skillfully as possible”.

That the crisis will come is certain like death and taxes, the only unknown is when.

The Economy is at or near its peak but social unrest and political conflict are at its worst for decades, both worldwide. The world debt problem must be resolved somehow and this cannot be done without going through a crisis.

Contrary to a series of learned articles about the timing of the crisis, the only certain fact we can write here, is that it is overdue, on the basis of past statistical experience.

The crisis may not happen this year or the next, but no serious forecast can be made.

The recent upturn of economic and financial indicators in many places around the World means nothing. Things were going fine until the Lehman Bros.  bankruptcy.

As John Mauldin pointed out:

“History shows it is more than likely that the US will have a recession in the next few years, although one doesn’t appear to be on the near horizon. But when it does come, it will likely blow the US government deficit up to $2 trillion a year”. 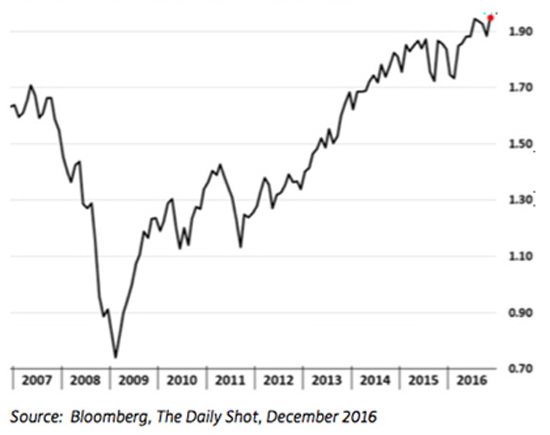 There are signs that corporate credit fundamentals are weakening. This historically is a precedent of a crisis.

The experts connect the next crisis with an increase in interest rates starting with Fed. That is only one of many possible triggers that can start it.

Contrary to precautions taken to face a physical catastrophe, very few companies and Corporations are prepared for the next crisis

Although we know from past experience what is likely to happen, since we are in the third longest period of economic expansion in the last one hundred years, and what to expect, most do not prepare for it.

Preparing for a crisis 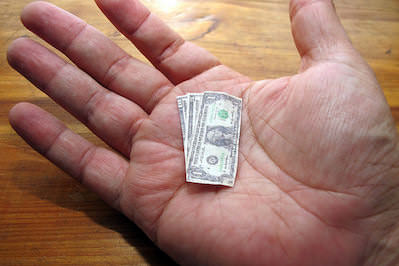 In case of doubt, handling the event initially as a Crisis, is not far wrong.

It has to be understood that there are few warnings that a Crisis may hit. The earlier the warning the better it is and complacency was never a good posture for Business.

It must also be understood that when a crisis hits there is usually no time to convene Boards and ponder decisions because a crisis has to be faced early, with a cool head and certainly not incrementally but with the same or more order of magnitude reaction of the crisis itself.

While cool-headedness cannot be taught, it can be augmented through anticipatory planning, training and simulation. That also will shorten the reaction time and improve the quality of the response.

The main justification for rapid anticipatory action is Corporate inertia. Corporations/Companies have procedures that are known to cause deliveries to continue to be made to just bankrupted companies until someone stops it, production to produce items when the Customers are lost and Supply to order materials, when production must be stopped. All these and other matters are eventually resolved but the soonest is the best.

The prudent thing to do is, before a crisis hits, to set up a crisis management committee (CMC), 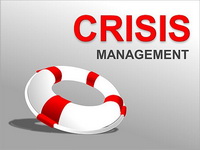 with a very senior executive of C-suite or Board level as head, with a clear mandate and predefined authority of who, from the committee members, handles what major part, of the crisis.

This team must zoom out from current business and focus on defining the dangers of a crisis by defining first the type of crisis that can do the most damage to the specific Company/Corporation and prioritize, moving downwards.

The choice of the senior executives that will staff it as well as the authority level that they are allowed to assume, when, in their own opinion only, the crisis hits, are the keys to a successful management of the crisis.

It must be made clear at this point that the chances of completely avoiding the consequences of a big economic crisis like the one that hit in 2008, are slim. What must be aimed at is a minimization of consequences by successful damage control.

The second issue to address is to create a crisis management plan. 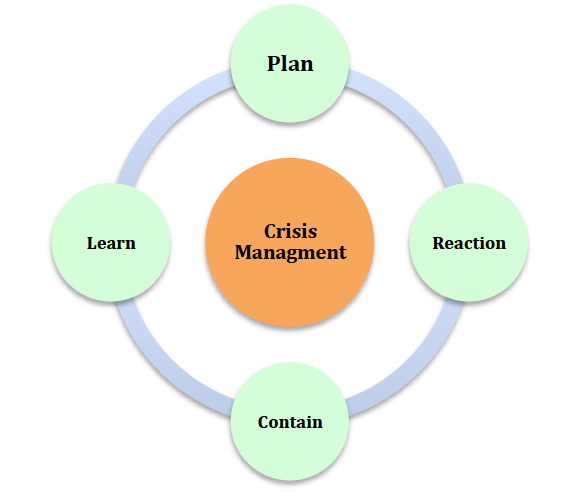 Although no plan can anticipate the form and intensity of a crisis, having a plan serves two purposes.

The first is to have a benchmark with which the real crisis can be graded.

The second is that a good, articulated plan will have some common points with the real crisis and will make the handling of the crisis that much easier. An example of it is that knowing how and where each player can help face the crisis and how he/she can be mobilized, is a great help.

The sublimated benefit of a plan is the tacit recognition that the crisis will come and the executives of the companies or corporations must think ahead on how to face it.

To create a sound plan, the crisis committee, which must be small and potent to be effective, must establish a dialogue with all departments to recognize and prioritize specific vulnerabilities. Subsequently a plan of the necessary action when the crisis comes must be developed before the crisis hits.

A manual to be used in the event of a crisis, carrying, all may be relevant, information, priorities and a to-do list must be prepared, kept up to date, follow the evolution of technology and enriched as knowledge and experience accumulate.

No plan survives the contact with reality, but it is definitely the only way that a structured response to a crisis can be prepared.

The principal strategic question, around which the plan will be formed, is what part or parts of the Company/Corporation deserve to be saved and in what order.

It must be understood that the only realistic hope is to exit the crisis with acceptable losses, not to escape unscathed.

Then the tactics and methodology can be worked out around it.

Once the plan for the whole company has been established, then it can be refined to meet crises in specific sectors of the Business.

No specific advice can be given in this general article, but some basics must be pointed out.

The first and foremost item to be examined is the: 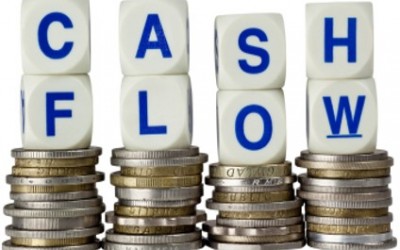 Cash flow it’s resistance, resilience and vulnerabilities in every month of the year must be painstakingly examined.

Every effort must be made early to turn short term loans to medium and long-term ones. Very often Businesses take seasonal loans for a fraction of the year to cover dips in the cash flow and turning them into medium/long term loans is expensive. Bond issuing of sufficient length of time must be examined.

This of course is a question of risk reduction to cost increase exchange and can be only specifically answered. Generally, this is a period of prudence. It is evident that delays and non-payments from customers should be anticipated and what must be calculated is how much delays and/or losses the Business can afford and for what period of time.

The second item to consider is what changes must be made in the Operational flow.

The whole Business chain, from suppliers to customers, must be examined for its weakest links. Linked to that is a hard-nosed and continuous examination of the vulnerabilities of the Company’s/Corporation’s Customers must be undertaken and a forecasting of which ones are likely to fold first when the Crisis hits must be made. Difficult decisions must be considered and the options of what Company/Corporation activity sectors must be temporarily or even permanently stopped.

The third item on the crisis agenda to be considered is the most emotional one. 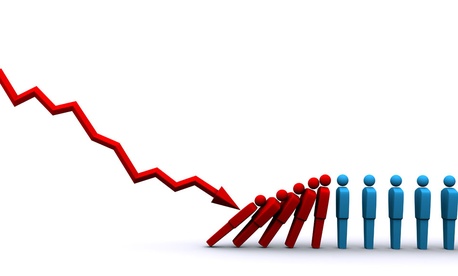 Reduction of the work force. However hard it seems, it must be taken. The alternative is unpaid workers and the loss of employment for all. A plan taken before the crisis has the enormous advantage of being the product of cool, deliberate and objective study and not subject to the panic of the actual event taking place.

There is a lot more to be considered but it is specific to each enterprise.

The last and most important part of the plan is the training for its eventual application. 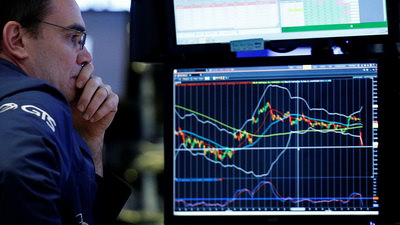 The American Navy before accepting any new vessel in the US Navy does a “shake down” cruise usually of 72 hours duration, where everything that may happen in a warship in war, happens in simulation. This is among the most productive exercises of the Navy.

It is may be a good idea to do a similar one, simulating a crisis in the Company or a Corporation.

Any crisis provision is likely to affect negatively, a little, the bottom line.

This is to minimize the real impact of the crisis on the bottom line, when it comes.

Consider it an insurance premium.