Electrical Vehicles(EV) growth depends on a number of variables that are not technological in nature. A good case in point can be made by comparing progress between UAE and Holland, as these two Countries have many similarities and are both ideal for EV operation. 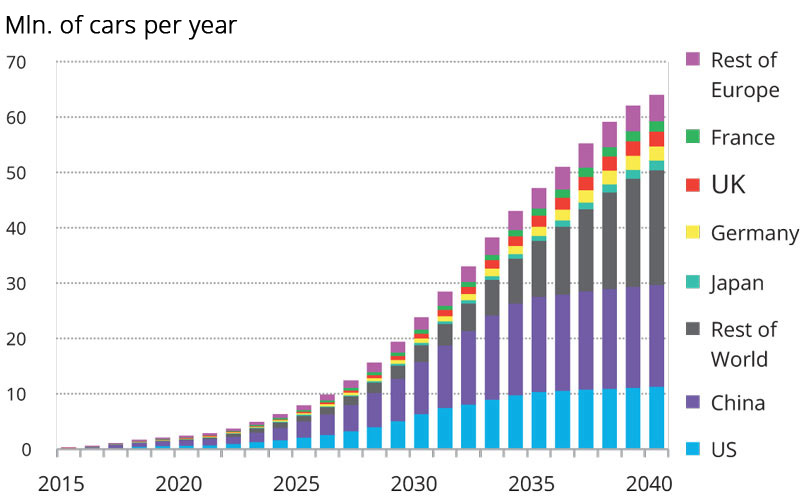 China accounts for half of that number, while the US makes up around 20%. It is now obvious that the car of the near future, self-driven or not, must be electric for reasons of technological suitability and safety.

Briefly, proof to this, is the fact that EVs are now adopted by most great vehicle manufacturers Worldwide.

Chinese, German, US, French, Japanese and other manufacturers are all designing and presenting new EV models. 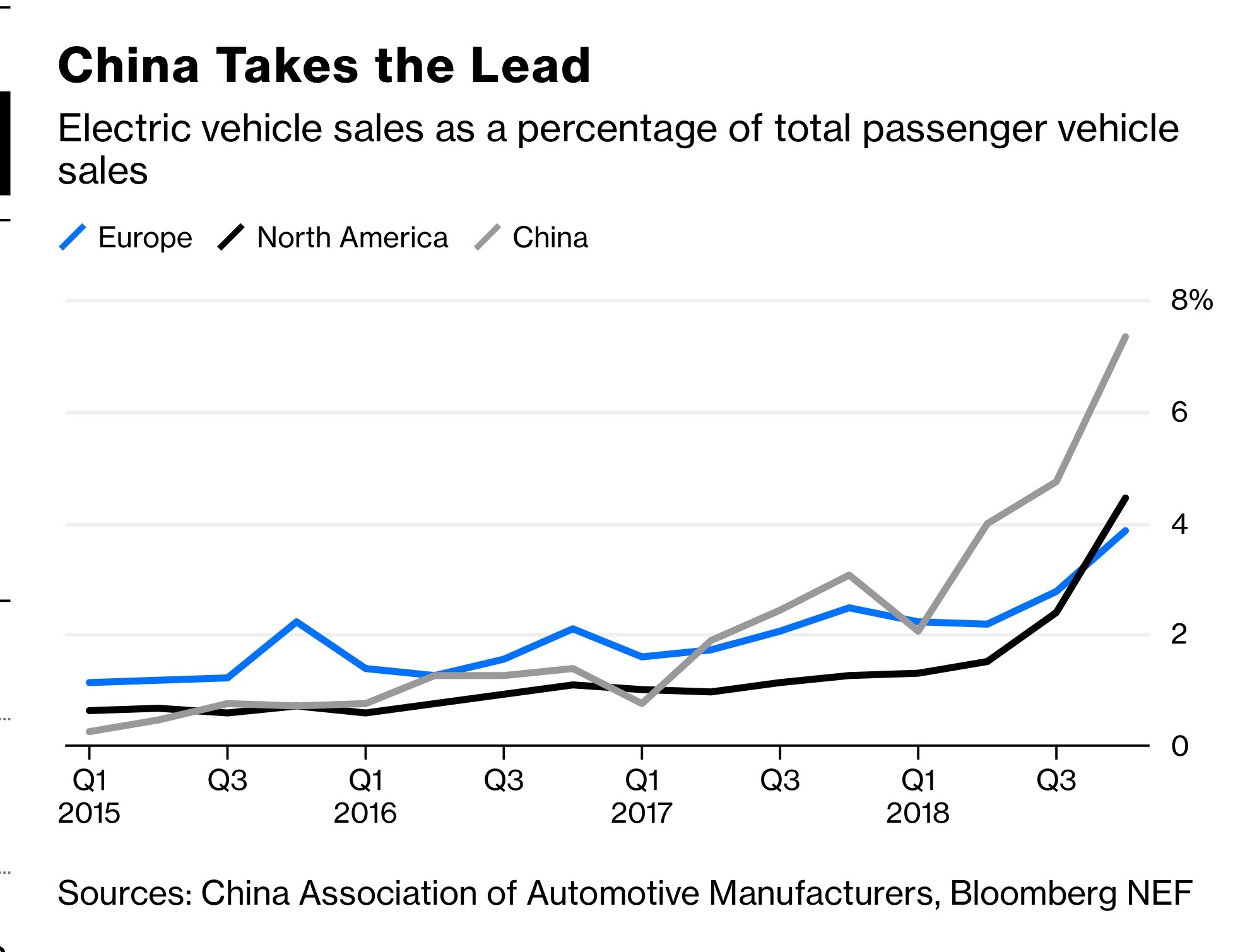 The overall evolution of the EV Worldwide is given by the following diagram by McKinsey. 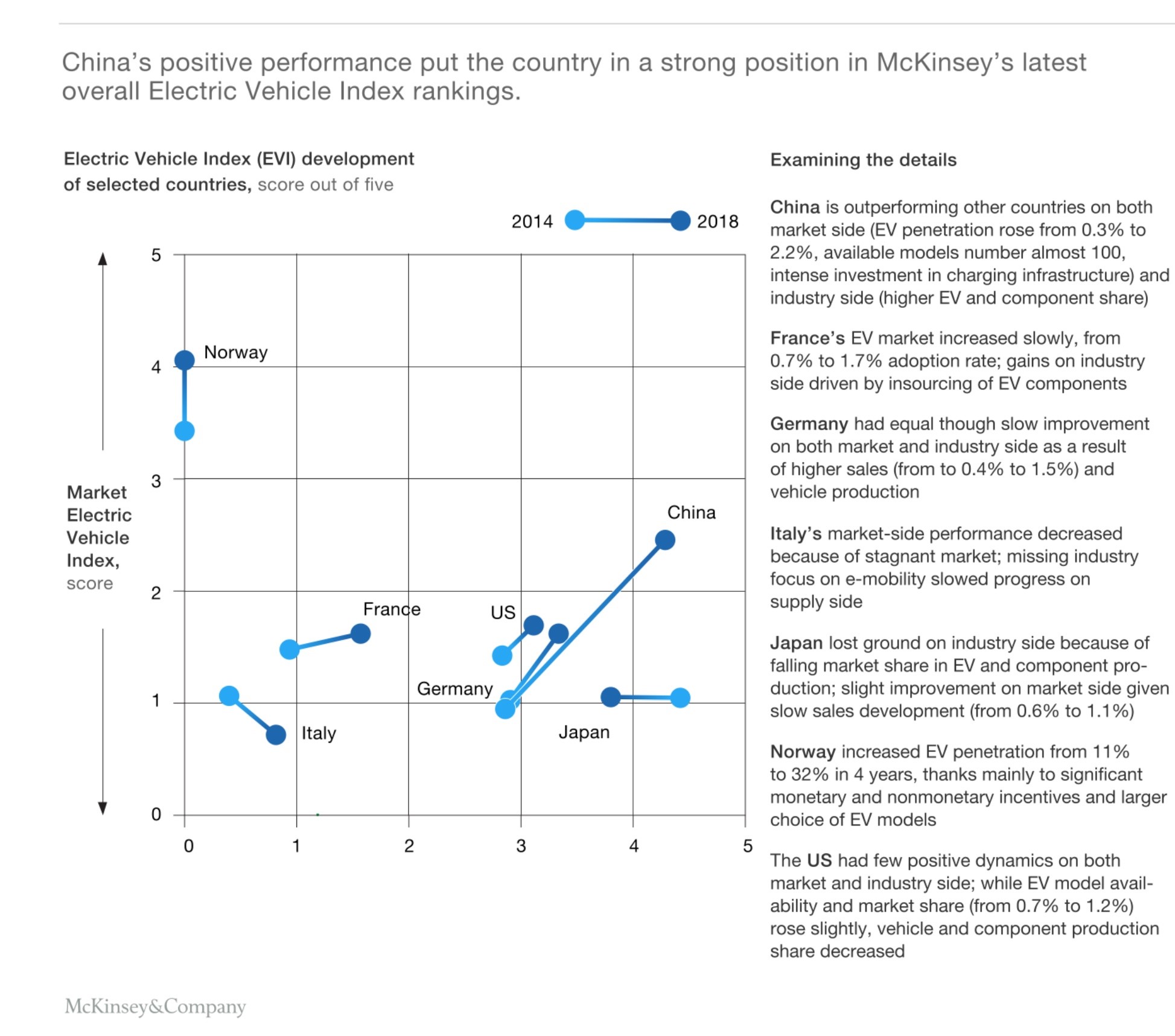 The question is how advanced is the EV case in the Gulf.
For this, it is useful to compare the most advanced Country in the Gulf, the UAE, and particularly the Dubai and Abu Dhabi Emirates, with Holland.

The reasons for this selection for comparison, is that geographically both Countries are about the same size, mostly flat and near the sea. Socially both Countries are technologically advanced, have a good standard of living, have a tolerant multinational culture and are politically stable. Both Governments are encouraging EV adoption.

The difference in climate does not affect the EV. Some additional power requirements for air conditioning are counterbalanced by better battery performance in hot climates.

The question is why, to date, only a few thousand EVs are circulating in the UAE, in spite of very significant incentives offered by the Administration, as well as, support by DEWA and RTA in the Emirates. In addition, the UAE government is targeting to have 42,000 electric cars on the roads in a few years.

The report, as presented by Arabian Business on the 11 Feb 2019, showed that only 9% of GCC-based drivers have ever driven a pure electric vehicle (BEV: Battery Electric Vehicle) and only 14% have driven a hybrid car (PHEV: Plug-in Hybrid Electric Vehicle).

According to the report, limited model offerings and poor access to charging stations are slowing take-up and awareness of electric vehicles in the Gulf.

The survey, which polled 3,801 people across the region, also found that 45% of car buyers are put off by the perception of long EV charging times, 37% are dissuaded by the high initial cost of purchase while 34% percent balk at inconvenient charging options.

The situation in Holland
There are now some 50,000 EVs in the Netherlands and 30,000 more are expected to be added in 2019. This Country is much more receptive to the EV concept, particularly now that Tesla chose Rotterdam as its entry point to Europe.

Rationale for this discrepancy by DVK.
There are two principal parameters that must be addressed for the number of EVs to soar:

Firstly, some preconceptions/reservations must be answered.

The first is the “range anxiety”.

The second reservation has to do with the price.
In a Country that there is an abundance of high-class cars, the price of around $50,000 USD for an EV, is not a forbidding one for the population segment that can afford such cars, particularly since the driving characteristics of an EV are superior to an ICE one and can match with top class cars, competing with them on a Value for Money basis. In any case, the EV price is continuously dropping and the resell price of EVs is near their acquisition price.

Assuming a total number of vehicles in the UAE, in the next two years, to be around four million, 40,000 EVs are less than one per thousand (10/00). Clearly, this is much less than the potential of the Country.

The third reservation is about long EV Charging Times.
This was a serious issue before but it is now technically solved.

The point is not charging times per se but access and availability of charging points.

Time to charge an electric car can take as little as 30 minutes or up to 12 hours, depending on the type of charging station.

A rapid charger at motorway service stations, can charge an EV to full, in about 30 minutes. Most drivers will take a 30’ break after 300 km (186 mi) of driving.

In any case, Charging time is continuously reduced by Technology.

More important than time to charge though, is availability and access to Charging Stations.

Herein lies a basic problem in the UAE. In spite of the generosity of the Public Utilities which provide Charging Stations for free, there are not enough of them. For instance, people living in high-rise apartments do not yet have access to a home charger, which is the standard solution for no hassle night charging.

Infrastructure is the basic obstacle. 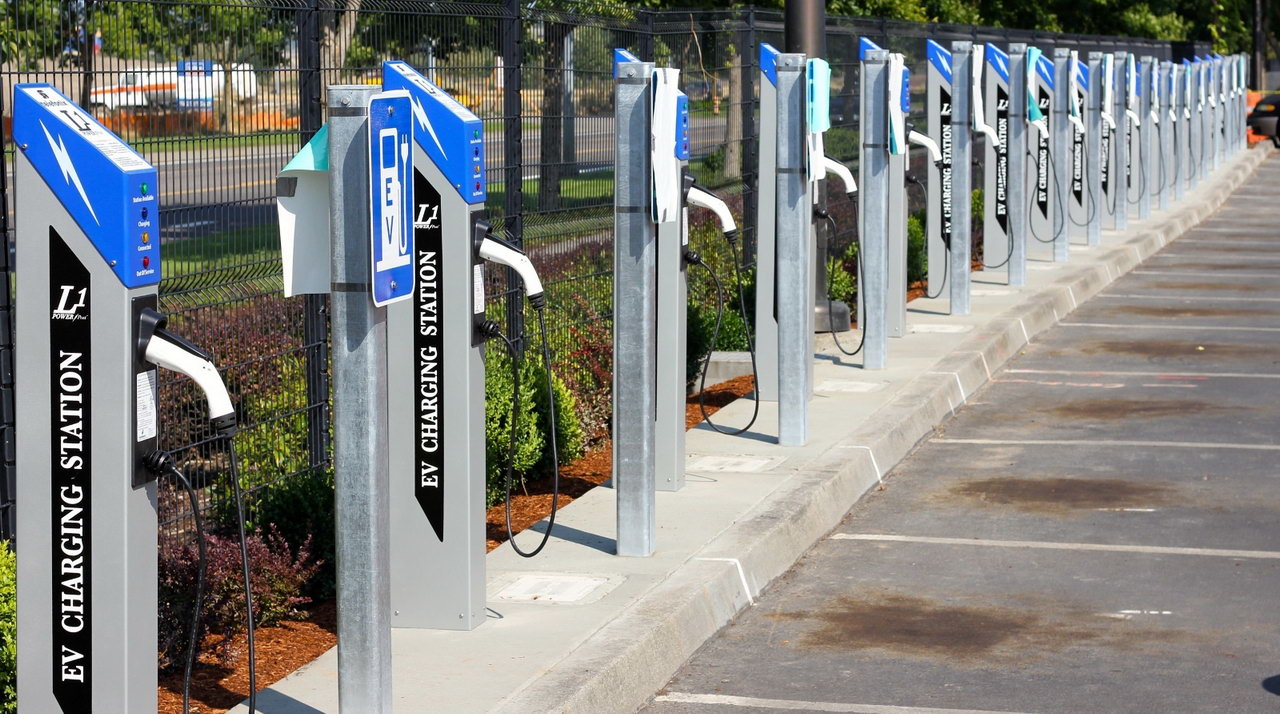 This is a chicken and egg question. For rapid EV adoption in the UAE, the infrastructure of fast public EV Charging Stations must precede the EVs.

A good model to adopt is the recent EU Directive as Andy Miles recently observed: 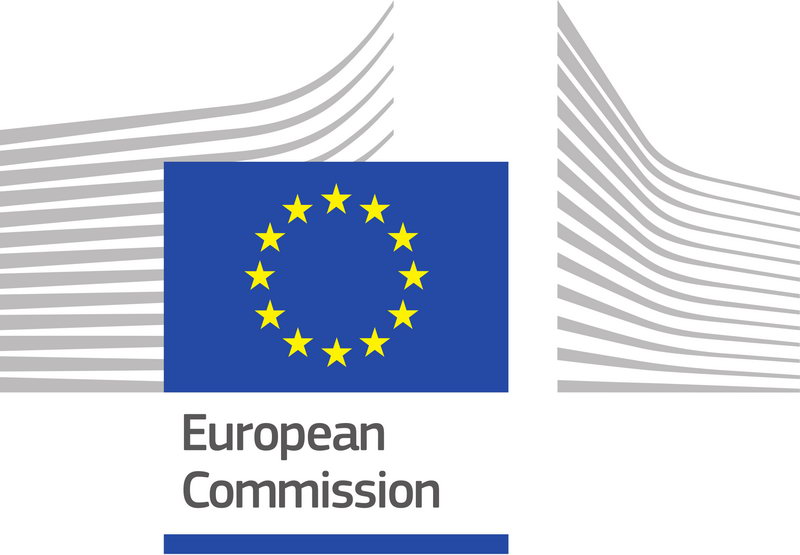 The EU has done the reparative legislation necessary for the regulatory work to follow. In the matter of Charging Stations, further to a requirement of harmonization of regulation between States and common Charging requirements, the following paragraph defines the way ahead:

In any case, the initial investment is to the tune of $10 million USD. This investment, properly regulated, is amortized in very few years and is profitable for decades.

More important than Changing Stations is the whole Regulatory aspect for EV. 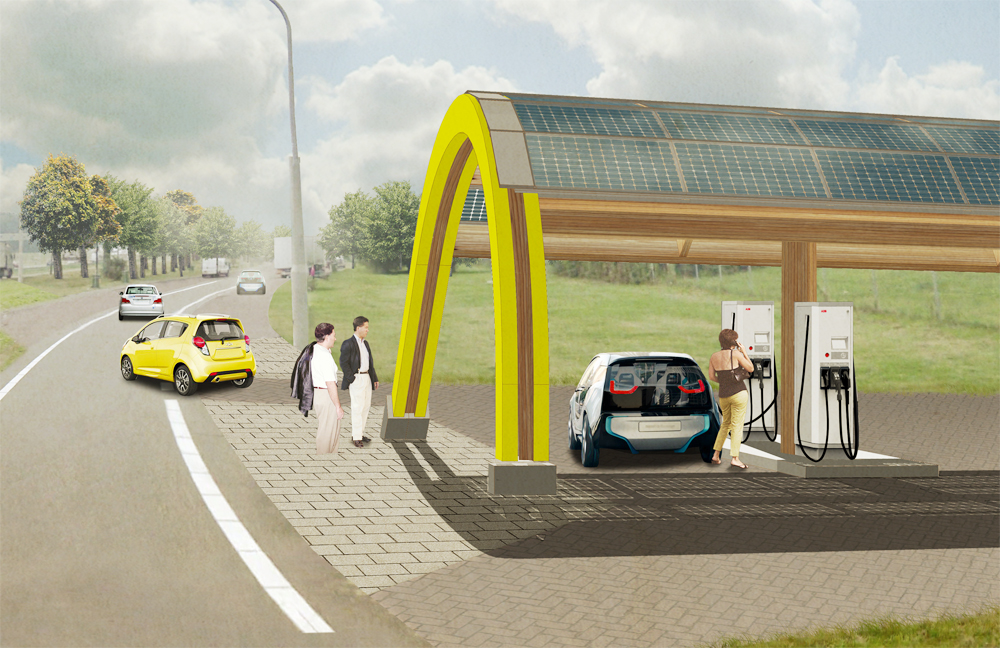 The devil hides in the details. It is the regulation of seemingly minor issues that make the difference. From the need for a universal plug for charging stations to the system of subscription for charging payments according to kWs and charging speed, parking rights and a host of similar matters, all need to be homogeneously regulated in all Emirates.

This is the real key for the electrification of Transport.

Last but not least is the argument that the UAE is a hydrocarbon producer. This should not affect EV adoption.

To begin with, electricity in the UAE is produced mainly by Hydrocarbons and particularly Natural Gas, in which the UAE is a net importer. The future, by Strategic decision of its forward-looking Leadership, is dedicated to the renewable sources of Energy.

Both are in favor of EVs.

The trend as it regards petrol stations and EV charging is clear.

As reported by Electrek: Shell has announced its acquisition of Sonnen, a German company that specializes in home energy storage. Sonnen expanded into home EV charging last year. 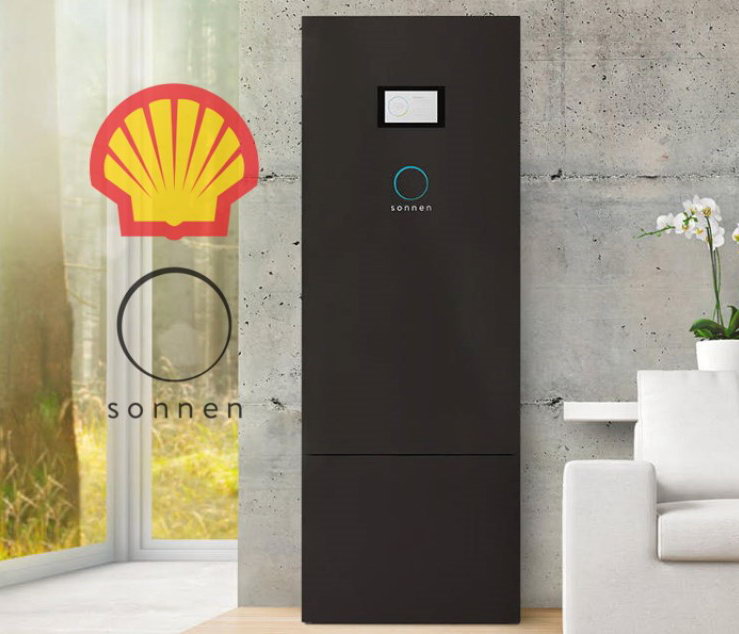 With the acquisition, Shell continues to make a strong push into other forms of energy outside oil. The company recently acquired EV fast charging infrastructure installer Greenlots, and it invested in Ample – a charging tech company working on battery swapping – last year.

Shell started deploying its own EV chargers at its gas stations in 2017, while the company (Shell) acquired EV charging network NewMotion later that same year.

The very near future of Transport is electric.

The Dubai Autonomous Transportation Strategy is the model that will lead to the achievement of electric and subsequently autonomous transport model.

The UAE has earned a place in the global top 10 for the second year in a row in KPMG’s Autonomous Vehicles Readiness Index (AVRI), which evaluates how prepared countries are to accommodate driverless vehicles.

The UAE-based W Motors, in partnership with sister company Iconiq Motors will give a first glimpse of “Muse”, a fully electric vehicle that has Level 4 (high automation) and Level 5 (full automation) autonomous driving systems that is planned to be on the road for Expo 2020 Dubai, where it will have its global debut. 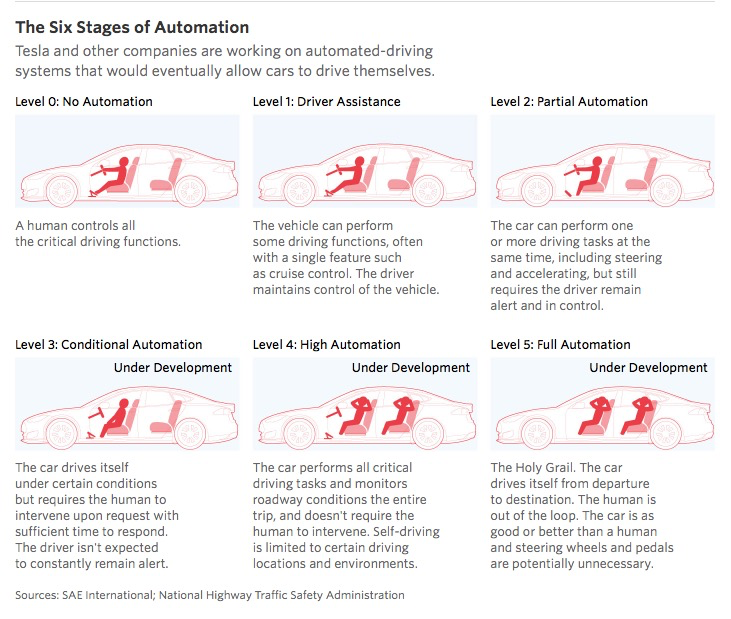 Since UAE can reach this level of leadership in Transport technology, the EV will reach the top of the World record in per capita EVs.

The UAE can capitalize on its ability to apply cutting edge technology in beneficial to Society applications and make the next step which is to become a Leading EV Country. 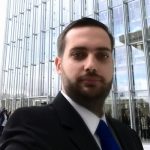 Previous ArticleAMAZON IS GOOD FOR BEZOS, NOT FOR YOU
No Newer Articles
Comments (0)